Sorry that I don’t have a picture of it yet, but I bet I will soon!

Anyhow, Roblox is a game where you have a little character that is made out of blocks, and it builds.

There’s more to it than that! 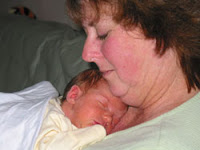 Some sort of a thing almost the whole family is following on the blog except for Rachelle I think. Anyway, Ferrin has became a follower too. I hope you pick my picture and don’t call mommy Foona anymore. Anyway Ferrin is the name of one of the Stephens. Anyway. Now I’ve changed my name to Foahz. Which makes me feel HAPPY!! Today! Yeah!

Pumpkin P and the Little Nut is one of my favorite jokes. Here it is.

Pumpkin ate a little p and then the nut jumped on the pumpkin. Ha ha!

I’ll see you later and add another blog thing soon!