once i went to a coffee shop and in one room of that coffee shop was a white piano and a white bench and a marker and people had written stuff all over the piano and the bench with the marker and honestly i thought that was so cool.
i really like that kind of stuff.
i think it’s really neat.
people years from now may never meet you, never know you, never know anything about you, and you can scratch something into a tree or a wall or write it on a chair and someone out there will see that and know you exist.
you know what would be cool
when you’re about to move out of a house, leaving a note somewhere. maybe a letter. or part of a journal. or would that end up getting cleaned out? either way someone would see it.
i like thinking about that kind of stuff. i want to do that kind of stuff. leave notes in cracks and write on trees and just. leave little messages for people who will never even know me.

it sounds like something out of a story. well i’d read that.
someone moving into a new house and finding a journal about the life of whoever lived there before them.

i think that should be a thing people do. leave notes all over the world. maybe it is. maybe not. i guess people don’t really think about that kind of stuff.

because that sounds really magical.

5 thoughts on “some more late thoughts” 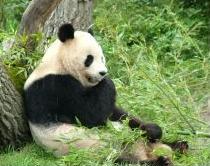